As the city and the region continue to grow and address the issues related to the global economic recession, the AMA task forces have searched for innovative ways to deal with the problems of the region, drawing on examples from around the world as inspiration. According to the Amsterdam Metro Area Team, there are two great challenges facing this area. One, the on-going need for Amsterdam and its region to remain attractive to businesses, residents and visitors and secondly, finding a place to put all these people!

The Amsterdam region has grown more rapidly than anticipated in the past decade thanks to its attractiveness; however housing construction has nearly halved in the region and more than halved in the city itself over the same time period. With the decentralization trend of the central government,  more functions are being assigned to provincial and municipal governments. Combined with the privatization of social housing in the 90's; a dearth of funds available for this type of construction; and the very limited amount of land available for construction in the AMA, the metropolitan and city governments are finding it hard to provide affordable, differentiated types of housing for the needs of all its citizens. The recommendations by the Amsterdam Metro Area Team experts include more flexible zoning plans; the use of temporary structures to test out planning initiatives; and encouraging an inculcation of the DIY and self-organizing community mentality, a rather new and novel characteristic for the Dutch citizenry. There is also a realization that as cities and regions compete with each other for global economic resources and access, it is essential that government coalitions, knowledge institutions and private sectors continue to build upon collaboration. Essentially, there is a realization that to stay globally attractive and competitive, the regions' constituents must continue this trend of thinking of themselves as a cohesive region. 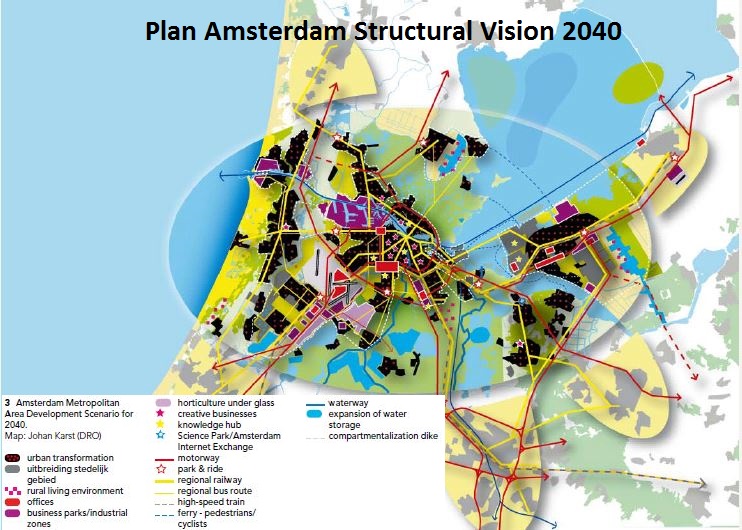 Accordingly, the Department of Physical Planning (DRO) has rolled out the "Structural Vision: Amsterdam 2040" which is a long-term vision for an economically strong and sustainable region and city. Notably, the municipalities have moved away from the idea of a strict "plan" and instead have embraced a more flexible "vision". Because the region functions as a whole, the vision plan extends beyond the city's boundaries to encompass the territories between Zandvoort, Purmerend, Almere and Haarlemmermeer.
The plan identifies four "thrusts" of the vision:
Within these thrusts, seven spatial tasks have been identified: 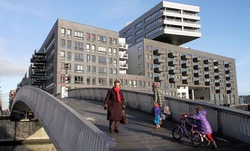 1. Densify - constructing in-fill residential development, high-rise development, and an effort to keep a variety of everyday goods and services businesses accessible within the A10 ringroad. This includes the construction of 70,000 more dwellings with the city limits. 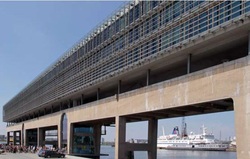 2.  Transform - repurposing of monofunction business parks to multifunction business/residence districts, especially along the Ij waterway industrial complexes and the Port-City project area along the A10 ringroad. 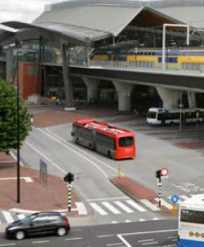 3. Public Transport on the Regional Scale - addressing gaps in regional, metro, or rapid bus systems to allow for better access through the metro region, this includes updating the Amstelveen line and extending the metro's orbital line into Amsterdam-North to link the Westpoort harbor with Schiphol Airport. 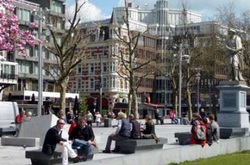 4. High-quality layout of public space - setting aside more space for cyclists and pedestrians and investing in 'high streets', those thoroughfares which already see high traffic to increase the quality and diversity of stores to improve the social atmosphere. 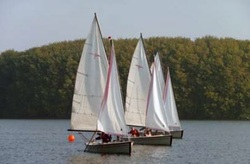 5. Invest in the recreational use of green space and water - addressing missing links in recreational cycling networks and increasing the number of public marinas on the Ij waterway. 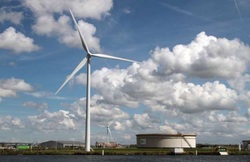 6. Converting to sustainable energy - investment in rooftop solar and wind energies to prepare for the exhaustion of fossil fuels. 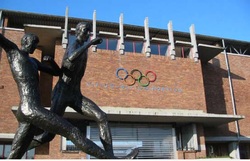 7. Bid for the Olympic Games in 2028 - with plans for it to be held in Zuidas and the Waterfront.
To read more about Amsterdam's Structural Vision, access the document here
Top of the Page
Information and photos referenced from:
"Making City: Inspiration and the Search for New Strategies" City Policy Team and Amsterdam Metropolitan Area Team
"Economically strong and sustainable Structural Vision: Amsterdam 2040" Dienst Ruimetelijke Ordening 2011.
Powered by